Živković Samardžić, one of the Serbia’s leading full-service independent law firms, has secured a victory for Vojvođanska banka a.d. Novi Sad, member of the National Bank of Greece Group in an EUR 13.5 million dispute with Sojaprotein a.d. Bečej, the largest soybean processor in Serbia.

A dispute stemmed from a bank guarantee issued back in 1979 by legal predecessor of Vojvođanska banka a.d. to a German creditor of Sojaprotein. The credit was latter subject to refinancing and finally taken over by the former Federal Republic of Yugoslavia (the FRY) as a result of its negotiations with Paris and London Club creditors. According to the 2002 Law governing the relations between the FRY and legal entities and banks within the territory of the FRY being the original debtors or guarantors toward the Paris Club and London Club creditors, Vojvođanska banka a.d. as the legal successor of the original guarantor was released from its liabilities towards the Sojaprotein’s creditor, while liabilities that were created towards the FRY, (i.e. its member states), were converted into the bank’s shares. At the same time, Sojaprotein as the original debtor was obliged to settle its debt with Vojvođanska banka a.d. Since Sojaprotein declined to settle the debt, Vojvođanska banka a.d. instituted the court proceedings in 2005. 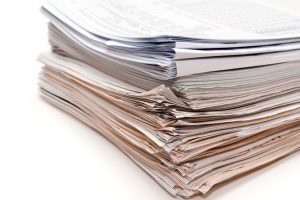 The bank that was acquired by the National Bank of Greece Group in the meantime, decided to hire Živković Samardžić law firm for the appellate proceedings. The appeal was successful and in December 2012 the Commercial Appellate Court in Belgrade reversed the first instance decision and obliged Sojaprotein to pay some EUR 13.5 million. The entire amount was collected successfully in 2013.

Sojaprotein submitted a revision to the Supreme Court of Cassation of Serbia, however to no avail, since that court only confirmed the second instance decision of the Commercial Appellate Court in Belgrade. Sojaprotein than lodged a constitutional appeal that lead to a decision of the Constitutional Court of Serbia, brought in a non-transparent proceedings that the bank was not able to participate in, nor even notified of, ordering a retrial in revision proceedings at the Supreme Court of Cassation.

Finally the Supreme Court of Cassation, in a decision recently delivered to the parties, while rectifying the concerns of the Constitutional Court, accepted all arguments of Živković Samardžić lawyers and decided once again to confirm the second instance decision of the Commercial Appellate Court in Belgrade that was in favour of the bank.

TOPIC: CLOSING A COMPANY IN LIQUIDATION PROCEDURE THROUGH...