The Chamber of Commerce and Industry of Serbia has, upon the proposal of the Serbian National Internet Domain Registry (RNIDS), a private not-for-profit foundation that manages Serbian country-code top-level (ccTLD) internet domains, .RS and .СРБ (the Cyrillic ccTLD internet domain), established the List of  Arbiters of the Committee for the Resolution of Disputes Relating to the Registration of National Internet Domains. 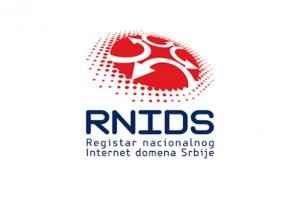 Dr. Miloš Živković, Živković Samardžić of Counsel, is a Civil Law and Property Law professor at the University of Belgrade Faculty of Law. He publishes extensively in the areas of contract law, property law, media law and telecommunications. Dr. Živković is one of the authors of Serbian Broadcasting Law (2002) and Serbian Advertising Law (2005). He is national consultant for the World Bank and the Food and Agriculture Organization of the United Nations on their projects in Serbia. From June 2012 until May 2013 Miloš was a President of the Permanent Court of Arbitration attached to the Serbian Chamber of Commerce. He cooperates closely with Živković Samardžić since 1998.

Vesna Živković joined Živković Samardžić in 2009, after supervising a Department for Regulatory Issues Control of Reputation Risk in an international bank. She was a research assistant at the Institute for Comparative Law and served as a Vice Chairperson of the UN Commission on International Trade Law (UNCITRAL) from July 2006 to July 2007. Vesna lectured on Commercial Contracts at the Union University Faculty of Law in Belgrade. She specialises in financial services, electronic commerce and intellectual property. Vesna is a Sworn Court Interpreter for English language.