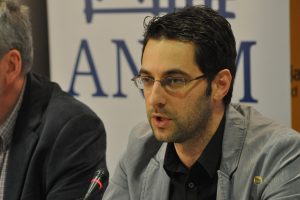 While describing Miloš as a „media law expert“, the article in Politika quotes his views on the platform’s controversial launch. You can read the full article in Serbian on Politika website.

Politika is a Serbian daily newspaper, published in Belgrade. Founded in 1904, it is the oldest daily newspaper still in circulation in the Balkans and is considered to be Serbia’s newspaper of record.

New Law on Trade and Amendments to the...

Igor Živkovski as a Panellist at FIC Reality...

Živković Samardžić Senior Associate to work with the...